Questions about The Voice, Pt.1

Warning: this got LONG. I wasn’t kidding when I say I have a tendency to get verbose. Also, consider this part 1 of an ongoing series because I’ve only managed to answer 4 questions in this post.

1. How and why did you end up going on The Voice?

Because it is my humble ambition to one day be a pointless answer on Pointless. Or I could tell you the real story, which is long winded and kind of boring. But you asked for it!

In May last year The Voice sent a talent scout up to Shetland. I’m presuming this was part of the BBC’s commitment to involving all geographical locations in its work. I think it’s fantastic they made the effort to do that.

At that time, I worked as Marketing Manager for Shetland Arts. The Voice got in touch asking for advice on the best way to see a good cross-section of the local talent. We told them that the most logical thing to do would be to approach the Shetland Singer Songwriters’ Group that holds monthly open mics in Mareel. 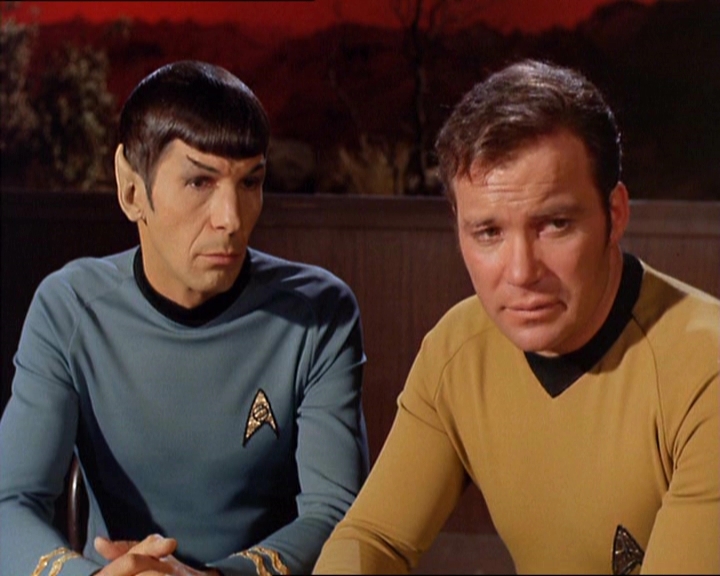 Because we are logical and creative…

Sheila Henderson (who runs the group and is a talented singer songwriter herself) and I had started sharing hosting duties at the Singer Songwriters’ Nights, and we were worried our regulars would be scared off by the scout’s presence, so we both signed ourselves up to play. Our worries were unfounded and we ended up with a packed auditorium.

I never considered the idea of it going anywhere. I hadn’t really watched The Voice before (not out of dislike, I just don’t really watch a lot of live TV), but I had a vague (and now I know incorrect) notion in my head that it was only for singers who did riffs and runs, vocal acrobatics etc.

I played my version of Leonard Cohen’s ‘Hallelujah,’ accompanied by my partner Craig, and then we skinned out.

If you want to hear our version, here ya go!

A few days later I got an email from the scout saying she’d liked my performance and that I should come to an audition in Glasgow. While I was flattered, I said thanks but no thanks.

Lucky for me, she didn’t give up. She called me and disavowed me of my incorrect notions about The Voice. I was really impressed and tempted to go, but I couldn’t afford to travel to Glasgow.

I’d already been to Glasgow three times that year, Best Womaning it up for Andy. Check out my tiny suit.

But then my dog, Fizzgig, started having trouble with her breathing and the vet in Shetland thought it might be a collapsed trachea. Because she’s so small she could only be properly diagnosed in Glasgow. We booked her an appointment and it just so happened to be the day before the audition. So I called the scout and she signed me up.

“Hello, I am Fizzgig. Why do you have your laptop outside?”

I didn’t think anything would come of the Glasgow audition. But as you know, it did. Oh and Fizzgig didn’t have a collapsed trachea, just a chest infection. So we all lived happily ever after!

“Yaaaaaaay!” Yes, any excuse for pictures of Fizzgig.

2. Can you explain what the audition process before the TV stage was like?

You shouldn’t take this as gospel. I can only explain my experience of the process, not an objective view.

As I understand it, the regional auditions see around 40,000 people. On the day, it’s very well organised and I was in and out within a couple of hours. I played a few songs for a panel, filled out a questionnaire, and did a research interview. There were also at least 8 or 9 other Shetlanders there, so we had a good yarn, of course.

“You can take the lass out of Shetland, but you can’t take Shetland out of the lass.” Yes I have 2 of these.

From that 40,000, they narrow it down to around 200ish for a further audition in London. Another Shetlander made it to this stage too, the wonderfully talented Ian McCormack. Check him out.

Then I got a call to say I was in the final 100ish. Up until this point I hadn’t been sure whether I even wanted to get to that stage, so the person who called me to give me the news did a Phoebe on me, telling me she was sorry to say…. [loooooong pause] …. that we’d be seeing a lot more of each other because I was through! “Well that was a risky little game!”

If I’m honest, I can barely remember it.

Craig and I got on the boat at 4pm, had a horrible sea-sick night, caught a 9am train in Aberdeen, and arrived in Manchester at 5pm. When we arrived at our hotel there was no booking. I cried like the little confused baby that I am.

Turns out we were at the wrong hotel. So we got the details for the correct hotel and headed there. We finally managed to get checked in around 7pm, eat a quick dinner, and crash out at 9pm.

On the morning of the audition we were supposed to be there for 7am, with outfits, hair and makeup ready. I planned to get up at 5am to give me time to do it all at a leisurely pace. I woke up at 1am and couldn’t sleep anymore. So after 4 hours of sleep I got up. I am very stupid.

Hi I’m Lisa, I get up at 1am like some kind of rampaging dumbass.

I knew my audition wouldn’t be until late evening so I was in for a long wait. Things also ended up over-running, as they tend to do in TV-land, so it was even later than planned. Although I was absolutely exhausted and jacked-up with nerves at the same time, I was blessed to meet some fantastic people that day. It was great craic. 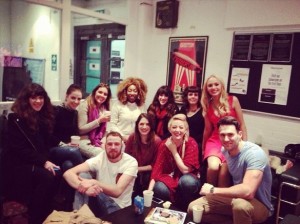 Here’s a pic of some of us chillin’ afterwards.

None of us knew in what order we’d be auditioning, how many turns were left etc. But as the day wore on, we knew the chances of any places being left were getting less and less.

When I finally went on, at almost midnight, I was so exhausted I couldn’t think anymore. The wonderful backstage team took care of me, including giving me eyedrops because my contacts dried up in my eyes.

I thought I wouldn’t get a turn because of my voice was too cracked by then, so when both Will and Tom turned I was very shocked and confused. I never expected to be in a situation where I’d have to pick between those 2 legends, with the relative brain power of Fizzgig available to help me make that decision.

“I’m beautiful,” says Fizzgig, “but boy howdy, I’m not all that smart.”

4. Why did you pick Sir Tom and do you ever wish you picked Will?

Will gave a great speech (most of which was cut due to time constraints) that makes sense to me now but at the time was basically a foreign language. Tom said something about how I could sing and move around the stage. My mind clung on to that like a drowning person finding a piece of flotsam in the waves. So I went with my gut and picked Tom. I’m delighted I did because his guidance was what I needed: down to earth, kind, and full of experience.

However, I have no doubt I would have been equally happy if I’d picked Will. It’s a thought experiment I don’t really bother wasting time on, because there are too many variables.

I also don’t really do “what ifs” (makes me think: “what if your auntie was a man, then she’d be your uncle!”) nor on wishing I could go back and change things. I preach at the Church of Billy Bob Thornton in Bad Santa and say “wish in one hand, shit in the other and see which one fills up first.”

Is it wrong that I think they’re both gorg here? I mean, Lorelai Gilmore is a given, but Lorne Malvo? C’mon Lisa!

Anyway, I’ve somehow only managed to answer 4 questions. There are quite a lot more that have been sent my way, so I guess this will just have to be Part 1! I’ll get more answers up soon. Until then, night night!